In highly critical applications relying on one system is not a good practice, In order to prevent the application, failure systems are often configured as fault tolerant mode so that in case of failure a smooth switchover happened without impacting customers or transactions.

In this post, I am going to explain how we can configure TIBCO EMS in fault-tolerant mode. First of all, you should know configuration files used by EMS; the most important one is tibemsd.conf which controls the behaviour of EMS. In your windows environment this file is located under EMS home but when you installed the EMS in windows EMS server loaded this configuration from below location

Now I am disconnecting Primary server 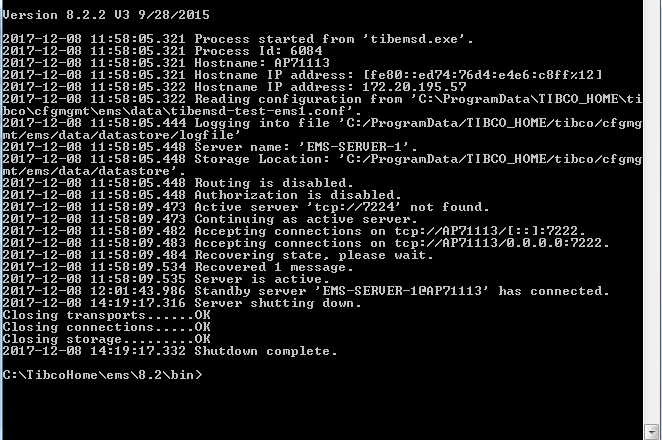